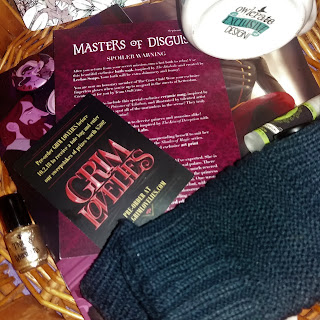 Welcome back to ANOTHER Owl Crate unboxing. I really hope you're not getting bored of these unboxing blogs because I have at least one more coming up  The theme for the September box was Masters of Disguise (Oooo). As soon as I read that the box will include items from Harry Potter and Six of Crows I knew I had to get it.

Before I comment on the actual items in this box, I want to take a moment to appreciate the illustration on the Spoiler card, and pin. I think it is so beautiful in the simplest form. The setting of the masked ball is so appropriate to the theme.  I mean, how many times have we seen films where a simple mask suddenly makes everyone not realise who the person is? Too many times. 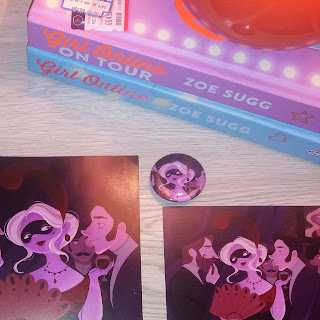 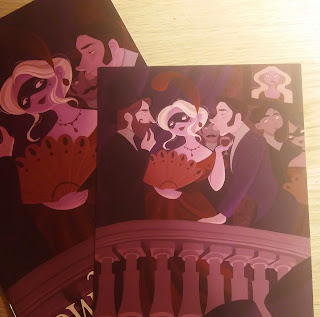 The disguises used in Harry Potter are actually a tad more complicated than that. As we know (unless you've never watched Harry Potter) , the Marauders are the masters of disguise in Harry Potter due to their Animagus forms. For you non-potterheads, that means they have an animal form.  The ceramic mug included in this box is inspired by Harry Potter and the Prisoner of Azkaban (the book where we meet the Marauders). The mug shows us the dramatic moment where Harry is using the Expecto Patronum against the Dementors for the first time. It also shows The Knight Bus which we see in the beginning of the film and of the book. According to Pottermore it can "
deceptively fit through small spaces, and travel at a higher speed than a regular bus " From <https://www.pottermore.com/explore-the-story/the-knight-bus>  Throughout the entire illustration of this mug, you can spot the Marauders in their animal form.  I love this mug so much. Owl Crate had included one of these in a previous box that I had purchased, and I have loved it so much so I am glad I have another one for my collection. Cara Kozik, the artist behind this masterpiece, is seriously talented and I adore her work. 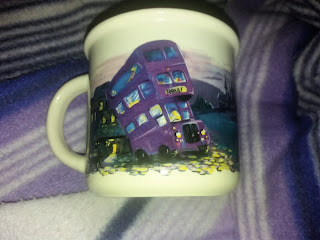 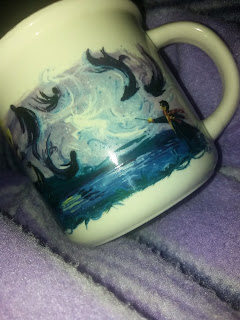 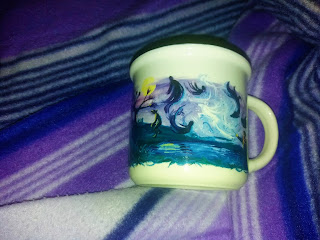 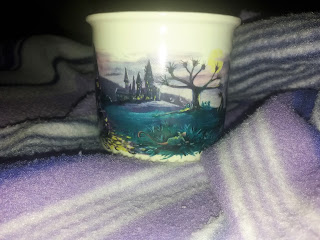 Kaz and his gang disguise themselves so many times throughout Six of Crows and The Crooked Kingdom since their missions require them to not be recognised, as well as disguises allow them to blend in with the scene. And Kaz is known to never be without his black leather gloves. Although these gloves are not leather, and I'm sure Kaz's gloves were not fingerless , Owl Crate has included a lovely pair of fingerless gloves inspired by Six of Crows.

We are now heading into items inspired by books that I have not read. First we have a bath soak that is inspired by The Diabolic. It is made from Leeloo Soaps, which is an Etsy shop. I do recommend checking it out because I went to have a little look and I was totally impressed by the products that are available. They look like they are a lot of work.
I used the bath soak in some doses and I don't think that was a clever thing to do because the info card said that the bath will be "extra shimmery and foamy" and my bath was neither of those things. So remember, dump the whole thing in there! 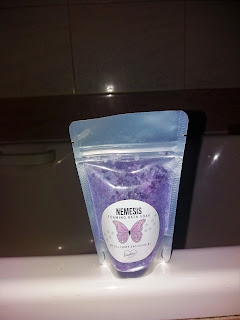 Perfect for the weather ahead - lip balm. Hydrate those drying lips with an Apple mint Lipbalm by Geekfirelabs. Inspired by the Kiss of Deception, this lip balm has a delicious scent that makes you want to eat it (but don't do that) 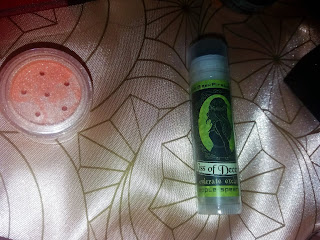 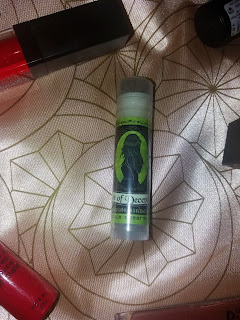 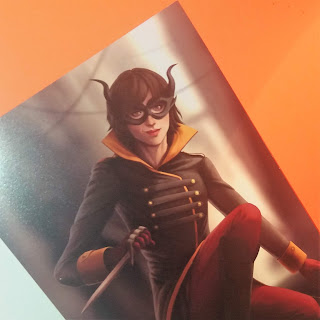 Let's talk about the book. The book is the debut book of Somanya Daud, and it is titled Mirage. It comes signed and with an author letter. Before I even discuss what the book is about, I want to discuss the cover. The cover has a black and gold cover jacket with a beautiful floral pattern that is over a jewel-like pattern. Apart from this, when you remove the cover jacket there is a black hard cover with a bent gold leaf/feather design, which I absolutely love.

Not only does this book have a map of its world, it has its star system! I am losing my mind! You have the biggest star system, and it shows you the numerous star systems spread across it. You also have the sun and the planets of the book's world. It is amazing. The author is passionate about the cosmos, so it is not a surprise to see her combine that love with her debut book.

The main character in this book is kidnapped in order to impersonate the princess. This is because the princess is despised by her people and she requires a body double to be ready to die in her place. I mean, hands up if you think the drama and action in this book is going to be overwhelming *raises both hands*. I am actually really forward to reading this book. According to the info book, this book is the first book of a series (if I am understanding correctly). The info book also shows the regular cover in comparison to the Owl Crate edition cover. The only difference that I can notice is that the original cover has a dark purple instead of black. 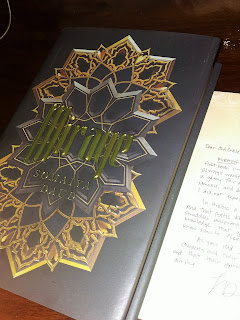 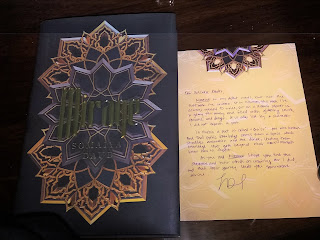 There is also a nail polish included in this box inspired by Grim Lovelies. Grim Lovelies by Megan Shepherd was released earlier this month. However, since this is the September box it wasn't released when the box arrived. Which is why the nail polish comes with a card that say to pre-order the book. The Tricks and Whispers nail polish is a gold metallic colour, and it honestly looks so pretty.

I apologize if my blog has turned into an Owl Crate Unboxing blog for the last few posts but I have been ordering them more often. I promise that the October Owl Crate will be the last that I review for a while. The October theme is Lost in the Bookstore 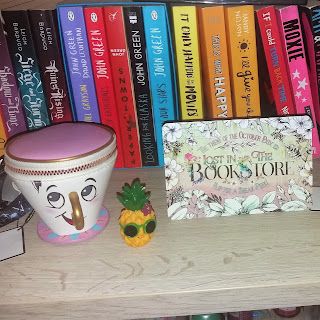