September 27, 2018
This was by far my favourite trip to the United Kingdom.

Hello my lovelies. I am so happy that you have taken the time to look at my blog and that you are actually reading this right now.

Today is going to be a mixed blog, as in I am going to narrate my experience of going to a Niall Horan concert. I am also going to review a product by Lalalab. 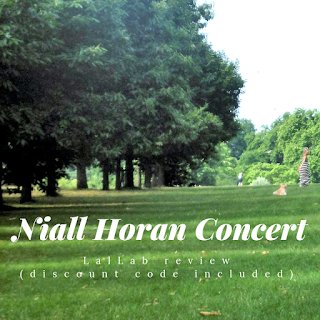 If you have seen one of my earlier posts on this blog (A-Z of me), you would know that I am a huge One Direction fan. What I may have never spoken of is that Niall Horan is my favourite member of that band. In the earlier days of One Direction he was very insecure, and as an insecure girl myself I related to him and declared his cute face my favourite.

As any other One Direction fan I was heartbroken with the news that they will be going on an 18 month hiatus. 3 years later they are still on hiatus; however, I am grateful for it. If it wasn't for the band to be on break, I would have never gotten the chance to meet my favourite.

This trip was perfect. Last summer I had read multiple posts about Brighton and so seeing that Niall had a show in Brighton when I was on my Easter holidays made me not want to miss the opportunity. 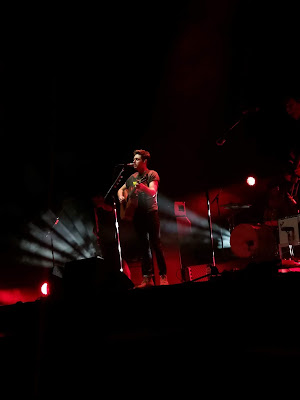 The venue for the concert was the Brighton Centre, and I was surprised how small it was when I got there. However, it made the show so intimate. From soundcheck to the actual concert, there was just a positive and loving vibe all around. I got barrier for both the soundcheck and the concert, and both times when Niall walked out on stage I was shocked. I was almost in denial. I kept thinking "is that really him? That can't be really him." It was the most amazing experience ever. The meet and greet was a disaster for me. I walked in and I didn't speak to him. I didn't hug him. I was just so shocked. I walked in and he was talking to his manager, and I couldn't say hello. Then when he actually turned round he said "Hi, you alright?" and I froze and become even more incapable of human interaction. I literally posed for the photo and walked out. I also had some drama with my photo, as it wasn't uploaded with the rest. I was lucky to have a spot at the barrier because I stopped a member of the team and explained to her what happened. She came out twice to ask me what I was wearing, and then she came out with the photographer. He was holding his laptop and they were just looking for it, and they kept glancing at me to see if I matched the person in the photo (I guess). I was so relieved when they had found it. 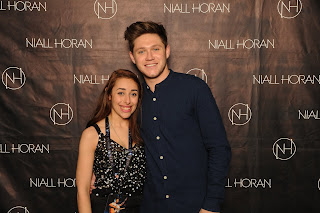 I am going to be honest and say that I wasn't expecting Niall to be as good as he was on his album. However, Niall surpassed my expectations. He has such a beautiful voice on album and live. If his mellow album puts you off going to his concerts, just know that in a concert they are so much more upbeat. I couldn't stop jumping and dancing, and singing along. I literally can't post any of the videos that I took because my singing is in all of them, and in some of them I messed up the lyrics. The audacity I have to mess up the lyrics. 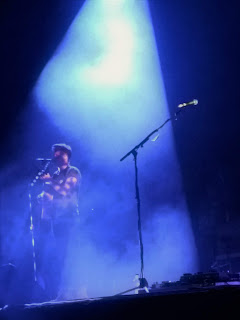 When I got back home to Malta, I knew I had to get the photo printed out. I needed it on my wall as a constant reminder that I have achieved something that I had dreamed about for the better part of my teenage years (and more because I am 21).

Lalalab offer a range of products, and I found it ideal to order a photo frame from them. The frame is quite classy in my opinion. I love the fact that the frame is black, and surrounding the photo there is a white border. To be honest, I was expecting it to be larger in size but it looks so nice that I can't really complain. The price of the frame plus shipping is around 40euro, which may seem kind of pricey to some. However, I got it cheaper because I had credits from the referral code (5 euro) and they had a 20% discount at the time so I combined everything together. The total of my frame plus shipping went down to 29euro and I snatched that opportunity. I love myself a bargain. The photo is now the only thing that is hung on my bedroom wall.

If you have never used Lalalab then you can use my code to get 5euro off your first order. If you want to save more money then I recommend signing up for their newsletter and waiting for them to bring out a discount code. My referral code is: PGN64O0O . 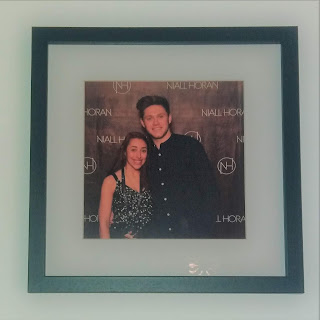 I hope you all liked this blog post. I didn't go into much detail about my time in Brighton because we were there for less than 48 hours. I spent one day at the concert because I started queuing for the meet and greet and soundcheck at 1pm, and I came out of the venue at 11pm. Also, we spent the first day on the pier, spending money at 1p and 2p machines. I had read a post by Patterned Petals about Brighton last year, and I had commented that Brighton was gorgeous. Obviously, I was basing my opinion from her blog photos but it was honestly so beautiful in person (even if I didn't get to see the places that she had talked about) 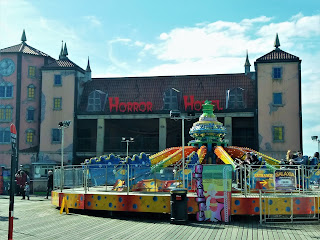 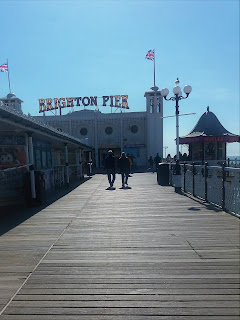