Book Review : What's a girl gotta do? by Holly Bourne

June 27, 2018
This book is both entertaining and educational. 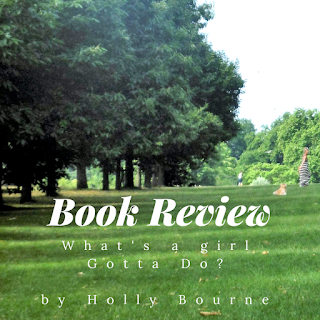 Before I get into this review I want to warn all of you that this blog post is not for people who turn their noses up at Feminism. And I do not mean that Extremist, men-hating feminism. This post is going to talk about the equality of both males and females. If you’re not into that, then click the ‘X’, or you could be a better person by reading this review, then reading the book and educating yourself.

The Spinster Club trilogy is a set of books that brings together the drama of teenage years, the reality of society, and fiction. Each book follows Evie, Amber and Lottie on their individual adventures, but highlights the support given by friends. The first book Am I Normal Yet? follows Evie on her journey of controlling her OCD, whilst How Hard Can Love Be? Is a story about how Amber found love for the first time.

What’s A Girl Gotta Do?  book is the third book in the Spinster Club trilogy. This time it is Lottie’s journey as she conducts a project that will test her, and the people around her. 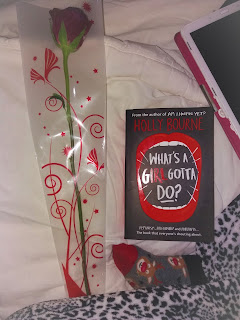 HOW TO START A FEMINIST REVOLUTION:

1. Call out anything that is unfair on one gender

2. Don’t call out the same thing twice (so you can sleep and breathe)

3. Always try to keep it funny

4. Don’t let anything slide. Even when you start to break…

Lottie’s determined to change the world with her #Vagilante vlog. Shame the trolls have other ideas…

From the blurb alone, you can tell that this is going to be quite an interesting read. So, Lottie decides to start calling out inequalities and sexist slurs at school, in stores, in the street, wherever, whenever for a whole month.  And if you ask me, I don’t think that would be something I can pull off but Lottie is intelligent and Lottie will not stand for sexism !

I have decided to write a review about this book and not about the previous ones because the topic of Feminism is overly present in this book. It is the main plot of the whole book. It makes you aware of things that you have never even thought, and it will show you that Feminism is not only about women.

There was one person in this book that did not support the cause of Feminism, but he helped Lottie anyways. His job was to film everytime that Lottie called out something sexist, but you can imagine how difficult that was considering he is against the cause. Also, Lottie didn’t consider the full extent of how emotionally draining this was all going to be. I mean, you have so many people against you. Feminism is a hot topic just by mentioning discrimination. Imagine pointing out that discrimination, tooting a horn so everyone around knows that someone has made a sexist joke, and the whole thing is being filmed.

However, Lottie was determined. She overcame every single obstacle, with the help of her friends. Of course. Holly Bourne repeatedly emphasises on the importance of having friends who support you.

Another issue highlighted in this book is the stereotypical “angry feminist” persona that people , who are against feminism, point at. You know what I mean, whenever someone on television says something sexist , and a woman points it out then she’s labelled as an angry feminist? People do not like a woman being angry. “A study from 2015 in Law And Human Behavior found that people were far more likely to reject an angry female speaker's reasons than they were to reject an angry male's.” And you and I can both guess that it’s because they view angry women as “on their periods”. Yet, men are called passionate when they are angry over a topic.

Anyway, Lottie embraces this angry feminist persona - she even justifies it. Lottie sees that she has a right to be angry due to the inequalities, sexism, and discrimination that people turn the blind eye to everyday. The fact that her classmates didn’t support her is also a reason to be angry! Her own parents didn’t even support her! They were more worried about what would happen to her future at Cambridge University. Everyone , except Amber, Evie and the Spinster Club, was against Lottie. This took a toll on her as things got out of hand with Teddy, and there was so much drama, and there was so much at stake !

As much as I love these books, I was slightly disappointed by the three girls. All three of them were white and heterosexual. In a trilogy with such a hot topic, I would have expected some diversity. However, I must empathize with Holly Bourne as we first write about what we know. Then again, I can’t even start to imagine what this book would have been like with a P.O.C or a person from the LGBTQIA community. There would have been so many more sexist issues to talk about.