Rewatching films for a different perspective

January 07, 2018
Re-watching movies as an adult changes your perspective than when you watch the movies as a child. 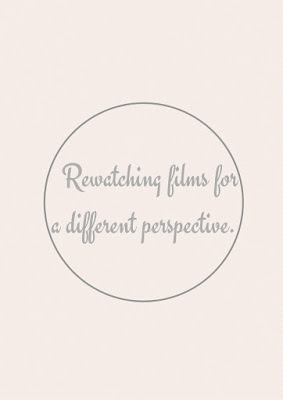 As part of my Nothing-Is-Going-To-Get-Me-Out-Of-My-Bed Day, I ended up watching a bunch of films that I had watched when I was younger and a lot less wiser. Re-watching these films made me realise messages in them that I had never noticed before as a child.

Fat Shaming is present when Tracy goes to audition to be on The Corny Collins show. As soon as Velma sees her, she is disgusted by the sight of her. When singing to Tracy, the girls on the show say “The show isn’t broadcast in cinemascope.”
The problem of fat shaming is also portrayed when Tracy’s mother tells her husband that “TV people don’t pick people like Tracy,” whilst showing with her hands that she means that TV people don’t pick girls who are considered fat.
When talking about Tracy possibly being Miss Teenage Hairspray, Amber whispers “You have to vote for a person, Corny, not one of the Himalayas.

Racism. The Corny Collins show tries to integrate people of colour on the media by having a section the show named Negro Day. In fact, during the first time that we are introduced to The Corny Collins Show via song, the lyrics sing “Nice white kids who like to lead the way, and once a month we have a Negro Day.” Right after the show, Velma says “They’re kids, Corny. We have to steer them in the white direction. “ Not only do the producers of the show want to remove Negro Day, but are absolutely revolted when Tracy exclaims that if she were president she’d make every day Negro day.
However, it is clear from the beginning that Corny Collins himself is not one of the racist characters in this film.

During auditions, Velma asks Tracy if she “would swim in an integrated pool”, and she is not happy with Tracy’s response : “I sure would. I’m all for integration, it’s the new frontier.” Velma tells Tracy “First impressions can be tough, when I saw you I knew it. If your size weren’t enough, your last answer just blew it.” Thus, combining fat shaming and the hate for people of colour into one sentence.

Flash forward to The Corny Collins Show Record Hop. The dancers from the show, both coloured and white, are dancing. However, they are separated by a rope. Thus, showing us how in the past people who were white had to be separate from people of colour.

Anyways, I think you get my point.

When I first saw this film I thought it was simply about a rich girl who would do anything to be with the love of her life. But watching it with a broader mind I realised that apart from that it's about a blonde, rich girl who is not taken seriously as a Harvard Student just because she is blonde. It is about a girl who puts her mind on being the best that she can be because she was being doubted and her intelligence was put down.

However, most importantly, and my most favourite part, it is about a girl who realises that she can do better than settling for the guy she met in college who constantly put her down.

I must admit that I had never watched this film when I was a child. However, I thought that it would be useful to mention it in this post. I learned about this film when I was studying about Empathy in my Social Work course. In my textbook there are a number of films that are meant to help you develop empathy. In this film, you see a number of connected events where you get to see the point of view of multiple people so that you can see their side of the story. It's meant to show you that just because someone does a bad thing, doesn't always mean that they are a bad person. Everyone has their own problems going on at home and everyone deals with them differently. It really is a great film to teach you not to judge people by their actions.

With all of this said I need to say that I majorly disliked the cop. I judged him. I do not care what he is going through he had no right to do that! And, I do not care that he made up for it at the end. (are you curious enough to watch it now?)

Until next time, lovelies
~Aby