December 26, 2017
The title of this post sounds like I'm about to go on a huge rant about all the guys wanting me. 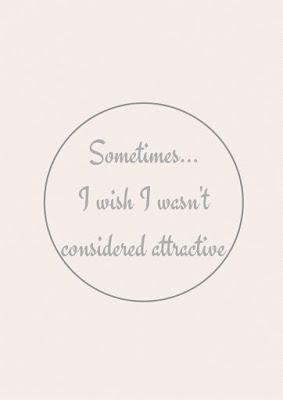 When I was younger, I was always jealous of my best friend because she used to have all of the attention from guys. She was never single. Everyone wanted her.

Then there was me suffering from Trichotillomania, having bald patches, and being considered ugly. I never got male attention when I was younger. I even used to post photos online of me with a wig as an attempt to get guys to notice me. My self-esteem was at an all-time low.

But being considered confident and beautiful by the society around meant that I got male attention. At first, I was over the moon- like I had achieved a goal. But to males that I got attention from, I wasn't beautiful. I was 'hot'. I was someone that they wanted to have sex with. Thinking about the men that I had tried going out within the past few months, all of them were just after that one thing. It makes me think back to all the attention my (then) best friend used to get. It makes me think of all the sexual things she had done at fourteen and that she was so proud of. My best friend was being sexualized at the age of fourteen.

Now, I am being sexualized. Men at work joke about my sex life. One of my ex-colleagues at work used to smack my ass when I was cleaning the cake display because I was tempting him when I was bending over. The amount of comments I hear about my ass is tiring. My ex-boyfriend literally texted me saying that all people want me for is sex.

I miss the days when I didn't have to worry about walking down the street alone. I just feel like that in my life ,at the moment, I'm surrounded by men who either find me unattractive or find me 'boinkable'. 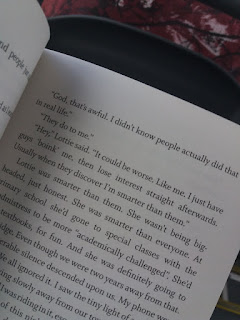