My Story with Trichotillomania 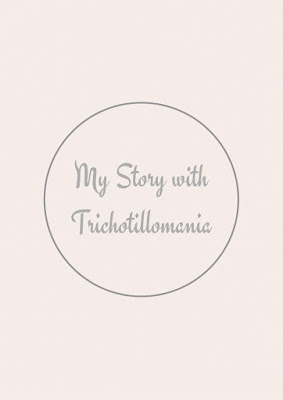 If you have been reading my blog or following me on Twitter, then you know that I have Trichotillomania. To this day, we're not sure what triggered my mind to start pulling my hair. The best guess we have is that I went through some emotional turmoil at the age of 10 that may have stressed me out too much: My best friend moved to another country, and I had a little sister.

The first person to find out about my hair pulling was my Nanna. We were sat in her room and I decided to mention to her that I seem to have a patch of bald hair. I didn't tell her or anyone that I was pulling it out. Obviously, she freaked out and let my mother know.

I was taken to a dermatologist, and he diagnosed me with Alopecia. This doctor literally told my mum that my virtual horse game was stressing me out too much. I was banned from playing it. *sobs*  I was told to use some regrowth shampoo but was prescribed not medication.

Around the age of 11, I started to attend child guidance. I had an appointment with my therapist nearly every week, but I wasn't told that I suffered from Trichotillomania. I had "come out" in terms to admitting to pulling my hair. At this point, it was very noticeable. Two girls from class used to tell me off for pulling my hair, but I shrugged them off and said that I wasn't pulling hair out. I was extremely ashamed of this habit. I was now wearing a hat to school. It was a purple Bratz hat that I was somehow allowed to wear in Primary school, but in Secondary school, I had to buy a blue hat that matched with the rest of the uniform. I remember we went on a school trip to a Gym, and the gym instructor just grabbed my hat and tossed it. I ran towards it and had someone convinced him that I need to keep it on.

Overall, I had negative comments about my hair from everyone. However, my uncle used to try to make me feel better by comparing me to Halle Berry. My dad's uncle, who was suffering from Cancer, used to pretend that we are playing a game to see who grows their hair first.

At the age of 13, my dad's uncle died. I stopped wearing my hat a few days after. It was my way of trying to make him proud.

Around the age of 13/14, my therapist moved to Australia so I was assigned a new therapist. A therapist who didn't sugar coat anything. She told me that I am suffering from Trichotillomania, and she gave me 'homework' to find a way to control my Trich.

In Secondary school, we had sports games. Now, I don't want to toot my own horn but I used to be an okay runner, so I asked our class captain if I could participate. I was turned down so I tried not to feel disappointed. However, not even a few minutes afterward a girl approached me and said: "I heard them saying that they won't let because your hat flew off last year during a relay and made your class lose."

I was so hurt. Of course, I remember flying back to get my hat but I also remember the support that my classmates had given me. They calmed me down after I got paranoid that everyone in the yard was staring at me. They told me that it didn't matter because they were just games. We didn't even win anything after weeks of playing and they were compulsory. But at the moment that I was told I was refused to take part for that reason, I felt like I was a let-down. For the first time, I felt like my Trichotillomania was coming in the way of I wanted to do. 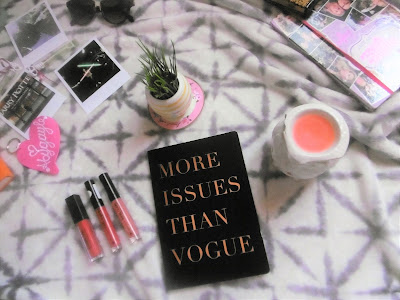 I was on medication at this point so I had check-ups on my progress with it. At one of my check-ups, I was asked if I would allow the hospital to take photos of my head in order to show medical students. I said yes, but I've always worried how many people saw those photos. The medication was not working for me, it was making me drowsy and I kept pulling more. So I was stopped and I refused to try anything else.

Although I had stopped wearing my hat, I was wearing a wig for my Facebook profile. This meant that many people who knew me from Facebook, didn't actually recognize me in real life. And it is for this reason that I had refused to go out with a really handsome boy who has asked me out. I had a massive crush on him but I was too insecure to meet up with him in 'my state'.

The age of 16 was an eventful one in regards to my Trichotillomania. First (this is going to make your eyes roll), at the age of 16 I started to obsess over One Direction. I was so obsessed that I tried to fight my Trich harder because I didn't want to meet them one day and have bald patches all over my head. So, at the age of 16 I had managed to grow my hair in order to not have patches. Also, my father left home when I was 16, and I had a tonne of stress lifted from my shoulders. Also at the age of 16, I started going to a new hairdresser, recommended by my brother, who knew exactly how to help me. For months we styled my hair by shaving parts off so that it can grow stronger without me being able to pull it. 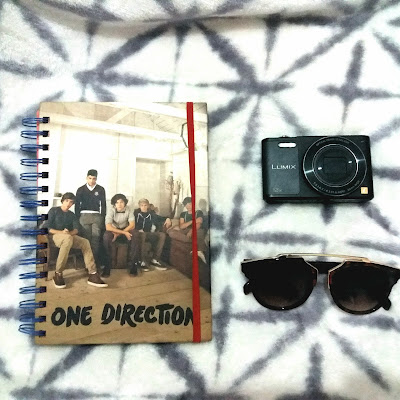 At the age of 17, I met my first boyfriend online. I was so scared to tell him about my Trichotillomania. I mean, back then I still saw it as something to be ashamed of. Anyways, this dude basically told me that he prefers long hair on girls, and I was so hurt. To explain one of my deepest secrets, then have someone say that was a kick in the stomach. But we moved past it, and I started to fight my Trichotillomania even harder.
But the more I resisted, the more sad/anxious I got. I even started cutting my thighs and arms in order to relieve myself from my anxieties. Anything was good as long as I didn't pull my hair. My hair pulling got more frequent when I decided to stop cutting. My boyfriend at the time was super supportive. He was really sweet about everything. We're still in contact and I love showing off my hair to him.

Age of 18...I shaved my whole head. It was bad timing when I did it, to be honest. The boyfriend was coming to finally meet me and he told me after my hair appointment. I met the boy who didn't like short hair on girls with a shaved head. I'm laughing about it now but I remember being so scared that he would not like me in person. (SPOILER : He still loved me. Haha)

Ages 18-20 was a series of haircuts to get my hair to grow strong. #Succeeded. At this point,  my hair pulling decreased massively and my hair grew slowly but strong and beautiful. I still have a patch of thin hair at my temple, because that was where I pulled the most hair from since it was accessible when wearing beanies. I must admit that I sometimes do very well with not pulling any hair but then have a massive relapse where I don't stop pulling my hair out. But other times, I can go up to a whole month without pulling a single hair. 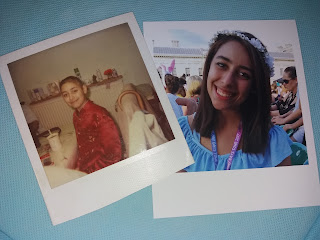 I have never considered writing out my Trichotillomania story but now that I see some of it on 'paper', I see that it's a long story. This was just a summary of my 10 years living with Trich because otherwise, it would be much longer.

I hope that you have enjoyed this blog post- it has been in my drafts for ages.
If you suffer from Trichotillomania, then I really do hope that you read this and feel like you are alone.