Things that I regret now.

Let's start by stating the obvious : We are humans and we make mistakes. Some mistakes we forgive ourselves for and learn from them, others we'd wish we could go back in time to change what we did. Today I am going to mention three things that I regret that I wish I could change. 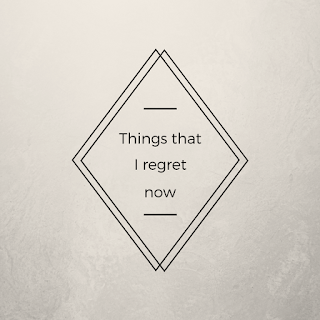 French
At Secondary School we were given the option to choose between Italian, French, Spanish and German to be the foreign language we learn. I chose French because all the other kids in my class in Year 6 did so I did the same hoping that I'd end up in a class with them when we started the new school ( I didn't)
I don't regret choosing French (duhh) because it is a beautiful language. What I do regret is not paying that much attention in class, besides the Culture (I loved French Culture), and I regret not taking my assignments more seriously.

Top Tip : If you're trying to learn a new language, don't use a translator when doing an essay because you will learn nothing. :)

Photos
I went through a period in my life where I didn't want to have any photos of me taken unless I was wearing my wig. I only wore my wig at home so everything that happened outside the house was undocumented by photography. I mean, our brains are wonderful things and can store a lot of information but nothing beats looking back at a photo as that seems to trigger the memory.
I had never minded not having photos but when my nanna died, who I used to see everyday, and realized that in 19 years we only had 9 photos together it made me wish I took more photos. 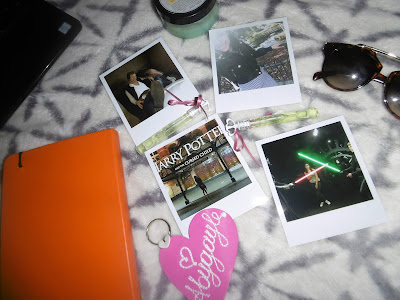 Trying to be friends with my Ex
Oh no no. Oh my my. Why? Why? WHY did I allow myself to be in this situation?
I'm not saying that being friends with your Ex is the worst thing ever, because if that person is a nice person that actually tries to be your friend then you be friends with them ! However, when your Ex is like my Ex, do NOT even try. The amount of negativity that he brought into my life after we broke up was too much for me to handle. Being friends with him was like being friends with a yo-yo, sometimes he acted like a friend (I use the term friend loosely) and other times he was an absolute twat, and I don't need that kind of negativity in my life. Also, if your ex sometimes tells you that he still has feelings for you then ignores you for 2 weeks straight then block that mother trucker ! It is a trap !

What are things that you regret in your life?