Top 7 Songs that I listen to when i'm feeling down !

You know how on Facebook there's the On This Day app? Well, I check it every day, just to see how silly I was when I was younger,  and I noticed that I was really sad. I mean, I knew that from the ages of 11-17 I was really sad about my existence and life, and felt really insecure. I swear every little thing back then seemed like the world was ending. HOWEVER, a little thing that I used to do back then that I don't do know is that I used to listen to sad songs if I'm upset and that just made me sadder...and made me post sad posts on FaceBook which I delete as soon as I see them now

Tip : If you are feeling sad for some reason, find a song that will boost your mood about whatever is bringing you down?

Break-up? Listen to a Taylor Swift album; you'll get sadness and anger out.

The list of songs that I will be telling you about are more about feeling insecure, feeling not good enough when doing something, or you are going through a tough time. It will take time but once you feel positively about a situation you will stop feeling sad. 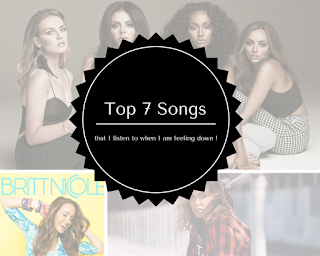 This song's message is basically that there is light at the end of the tunnel. I usually listen to this song when I'm trying to achieve something and I feel like giving up OR when I'm going through a crisis in my life that I can't seem to control.

I think that this song has multiple meanings. I feel that Bullying is one thing that the song talks about since it mentions wanting to hide the inner you because of the things that people might put you through. It's also about chasing your dream no matter what others say, and that you will become the best that you can be once you realise that their words don't matter. There is a part that says "You're not alone." and I love this part because it makes me think that if I can show everyone that I can do it, no matter what I am going through, then maybe I can give someone a sliver of hope of trying to ignore the words of haters and try to be the best version of them that they can be. 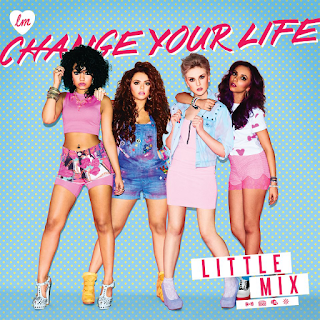 When this song was written, Little Mix were asked about what it was about and Jade explained " We really wanted to write a song basically about what we would tell ourselves if we could go back in time."
Obviously their younger selves aren't going to listen to what they, but we can. I feel like this song is about having potential but you're afraid of showing that potential to the world because of the harsh things that people say. Little Mix are singing that you should be proud of yourself and 'You can be anything you want to be' no matter what others say. It's like if people are telling you that you can't do something then 'speak louder' with your actions as you prove them wrong. 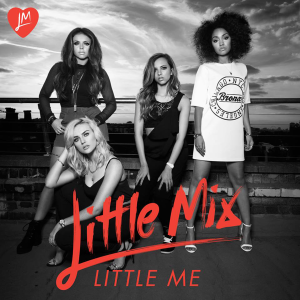 What I get from this song : Other people's opinions don't matter. Be Yourself. Do not let people talk you out of your dreams.  Even if you go through bad times, just learn from them.

This song inspires me. It's hard for me to explain why it inspires me. I mean, if you listen to the lyrics you'll be like " Oh yeah I see how it is inspiring" but I can't form a coherent thought about the meaning of this song.
My favourite lyrics in the song are " Nothing good comes easy, if it did I wouldn't be me" I am horrible at describing so to know why this is in my top 10 you're just gonna have to listen to it. I apologise if I have wasted 3 minutes 18 seconds of your life if you don't like it.

This song means the world to me. I grew up with an abusive father who made me feel so small, and about 2 years ago he moved to the UK. I felt like I could be who I really was. Then a few months ago he came back for my grandpa's funeral and he tried to make me feel small and weak again. I almost let him but I didn't. I stood up to him (and got kicked out the house in the process) but I didn't care because I didn't let him get to me. Every time I listen to this song I remember that I stood up to something that was knocking me down.

The song says "My power's turned on, Starting right now I'll be strong"  And I want EVERYONE to feel like they are in control in what they say and what they feel and what they do. Whether it is standing up to a bully or stopping hurting yourself. You can take stop whatever is making you feel weak. 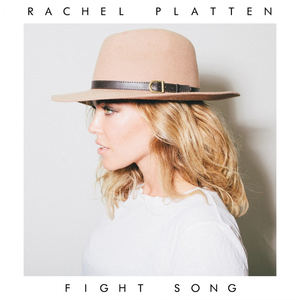 Ohhh I love this song ! It is so upbeat ! Good for having a dance around in your room! This is basically just about not listening to people's hate. If you are bullied, I 100% recommend this song. They are just bullies and they don't know you, or your story. You are worth more than what they make you feel ! 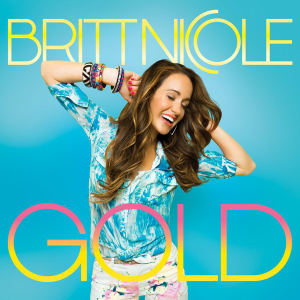 I'd like to list down another song that has caught my attention recently. It's from the soundtrack of The Greatest Showman. Although I haven't watched the film as of yet, I can't help but list down a song that is truly empowering. Brought to life by the spectacular vocals of Keala Settle, the song This is me is a tune that awake something within you. I will be listening to this song long after the film is removed for viewing from the cinemas.

Let me know your feel good songs down in the comment below !

*All CD cover photos have been saved from Google Images.
Lifestyle