October 07, 2018
I am going to be very honest with you - I was not totally impressed with this box. 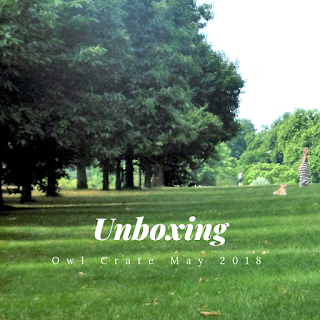 In May of 2018, Owl Crate released a crate themed Fight Like A girl. Items in this crate were included in order to show that you have to be careful when you say "You fight like a girl" because you may end up battling Inej Ghafa and trust me when I say that that isn't going to end well. 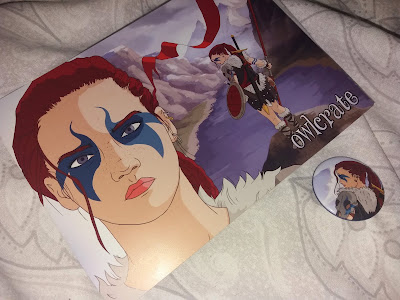 Speaking of Inej, a print of her is included in this box. The illustration of her is near perfect (I never imagined Inej with a crooked nose). However, from the dark clouds behind her, that represent Ketterdam to the crouched position that symbolises that she is Kaz's Spider that is an excellent spy, all the elements in this print are perfect. 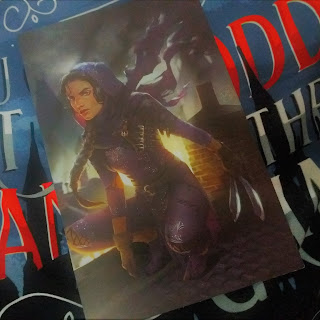 Out of Print have teamed up with Owl Crate to bring to life an enamel pin inspired by Hermione Granger. The pin is only small but I think that it will stand out amongst other pins due to its gold outline and detail. This item is one of those things that I get scared to bring out from their packaging due to their beauty. 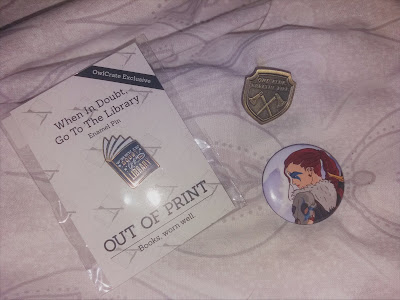 The next item I knew was going to be good as soon as I found out it was from Evie Bookish. She has teamed up with Owl Crate before and she never disappoints. In this box, Evie Bookish has designed for us a wall hanging decoration inspired by Feyre from A Court of Thorns and Roses. Although the quote featured is quite a deep and beautiful one, I decided to give this item to my friend since she has actually read the books by Sarah J. Mass. 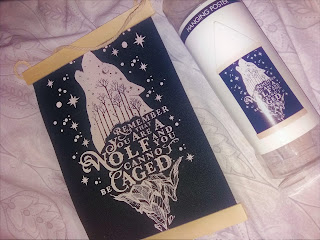 An item which has been introduced to the Owl Crate is bath bombs! The Fight like a Girl Owl Crate featured a bath bomb made by Whipped Up Wonderful and it is inspired by the character Zélie Adebola from Children of Blood and Bone. I have yet to use the bath bomb, but I will probably be posting a separate review to it when I have used it. 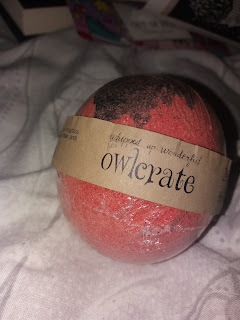 Indigo Eleven designed a tassel bookmark for this crate, which has a different design on both sides. It is inspired by books from Renee Ahdieh: The Wrath And The Dawn and Flame in the Mist. To be honest, although this item is quite beautiful I don't feel like it was the best thing for this box. I mean, sure it is a book subscription BUT I think putting a bookmark in said type of subscription box makes it look lazy. 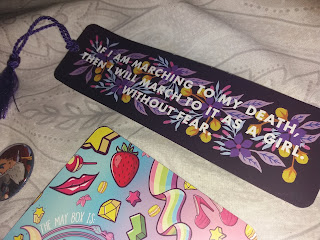 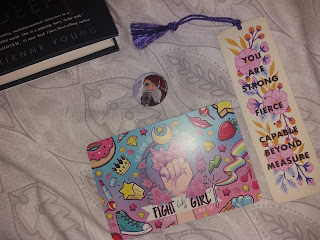 On the other hand, I must admit that in the May Owl  Crate we got two books. Yes, that is right. And so I do understand that with featuring two books it may have limited their funds for the other items. The first book is Catching Stars by Cayla Keenan. It is a paperback book and a story about witches! The synopsis is detailed enough to make you want to read it!

SYNOPSIS :  Jayin Ijaad is in hiding. A witch with powerful abilities, she carves out a life for herself in the slums of Pavaal, a city rotting from the inside out. When an old acquaintance tracks her down, Jayin is dragged back into a world she tried to escape -- and is determined to escape again.

Maddix Kell is on the run. After two years in prison for crimes he did not commit, Maddix escapes and seeks out a legendary order of witchhunters who are his only chance to find justice.

But all is not as it seems and Maddix soon finds himself on the run from the people he sought as allies. When their paths collide, Jayin and Maddix must put aside their prejudices and forge an uneasy alliance that could crumble at any moment. But if they want to survive in Aestos -- a brutal kingdom where magic and corruption lie hand in hand and enemies lurk around every corner -- they must first survive each other. 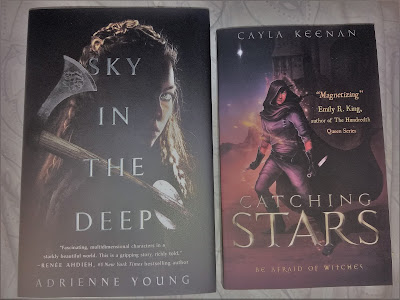 The second book is the usual hardback book that comes with a letter from the author. Like last month's box, the author's signature is on the actual book! I don't know if this is something that will continue in the next few months but I am loving it! The booklet that comes with the box shows you the difference between the original cover and the Owl Crate cover of the book. Sky in the Deep by Adreinne Young comes together with a pin. I love how this pin looks like the coat of arms of a clan since our lead character in this book belongs to one clan but must live with the rival clan. 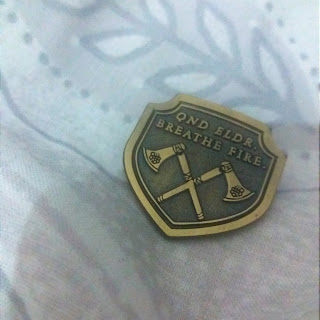 SYNOPSIS : Raised to be a warrior, seventeen-year-old Eelyn fights alongside her Aska clansmen in an ancient, rivalry against the Riki clan. Her life is brutal but simple: fight and survive. Until the day she sees the impossible on the battlefield―her brother, fighting with the enemy―the brother she watched die five years ago.

Faced with her brother’s betrayal, she must survive the winter in the mountains with the Riki, in a village where every neighbor is an enemy, every battle scar possibly one she delivered. But when the Riki village is raided by a ruthless clan thought to be a legend, Eelyn is even more desperate to get back to her beloved family.

She is given no choice but to trust Fiske, her brother’s friend, who sees her as a threat. They must do the impossible: unite the clans to fight together, or risk being slaughtered one by one. Driven by a love for her clan and her growing love for Fiske, Eelyn must confront her own definition of loyalty and family while daring to put her faith in the people she’s spent her life hating.

As you can see, the items in this book were rather simple. But as I said before, there were 2 books so that makes it understandable. I have already started reading Catching Stars, and so far I am loving it. There are so many interesting characters in it. 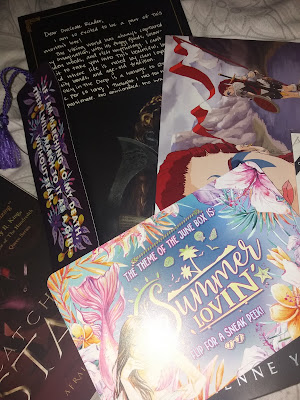 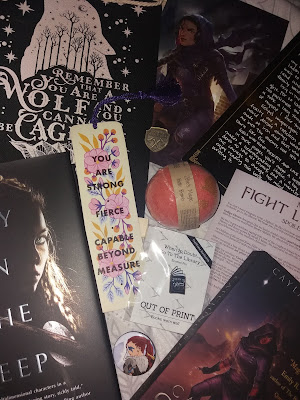 I hope you all enjoyed this blog post. I am going to try and write up a few more so that I can begin uploading more frequently. The next few posts might be Owl Crate reviews aswell since I have gotten the September and October boxes.